The Papyrus Carlsberg Collection was founded in the 1930's by Prof. H. O. Lange through funds provided by the Carlsberg Foundation. The main purchases were made between 1931 and 1938, and in 1939 the Carlsberg Foundation presented the collection to the Egyptological Institute at the University of Copenhagen with the consent of the headmaster of the university and the Ministry of Education. Since then it has been located in the Egyptological department, which is now part of the Carsten Niebuhr Department at the Institute of Cross-Cultural and Regional Studies.
In 1954 Aksel Volten, keeper of the collection since 1943, was able to enlarge it substantially through new acquisitions, again with funds provided by the Carlsberg Foundation. The collection further includes a few papyri which seem formerly to have been in the private possession of Prof. H. O. Lange and Prof. C. E. Sander-Hansen, as well as two Coptic codices purchased from Carl Schmidt and the Teaching of King Merikare which was purchased from Ludwig Borchardt. All these papyri are now referred to as the Carlsberg Papyri.
In 2003 the hieratic and demotic papyri in the papyrus collection of the Greek and Latin department of the university, the Papyrus Haunienses Collection, were transferred to the Papyrus Carlsberg Collection; these papyri retain their old designations (P. Haun.).

In July 2012 the Adler Papyri were acquired for the Papyrus Carlsberg Collection with means provided by the Augustinus Foundation and the Carlsberg Foundation. The bulk of the Adler Papyri is represented by the famous private archive of the mercenary Horos son of Nechoutes (c. 145-88 BC) who was stationed in the military camp at Pathyris (Gebelein) in Upper Egypt. 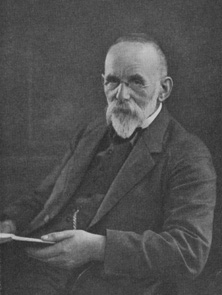 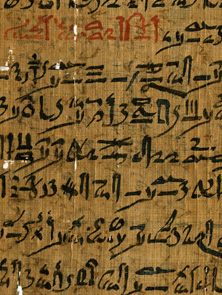