The collection includes two unpublished Latin papyri, P. Carlsberg 555 and P. Carlsberg 671, which had both been reused at the Tebtunis temple library for Egyptian texts. The former mentions the sixth legion and may belong together with a larger group of Latin texts in Florence (Istituto papirologico "G. Vitelli"). The other side of the papyrus is inscribed with a demotic narrative, while the other papyrus is inscribed with a text in both hieratic and demotic of a ritual nature. 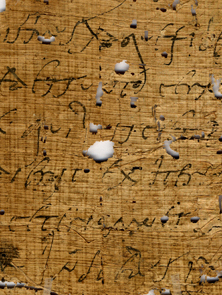